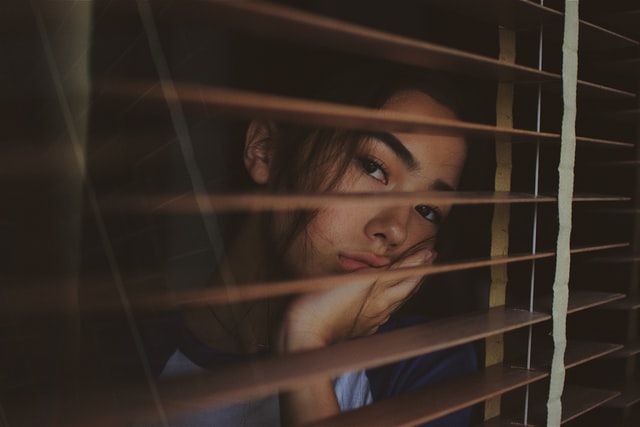 Every day there is a child somewhere being bullied and harassed at school. Most schools say they ensure your child’s safety. Yet, they are only protecting them from people on the outside. What about the students inside the school? 20% of the children, ages 12-18 experience bullying all across the U.S. 31% of people reporting it, said they thought their bully had more money than them. 40% said they thought their bully was physically stronger than them. Children should not have to go to school scared that they are going to be made fun of or harassed. 19% of students grades 9-12 reported being bullied on school grounds. 43.3% said it happened in the hallway or stairwell.

I have had my fair share of bullies and I still do. It’s not only at school though. I get bullied and made fun of at work too. I don’t want to talk about myself though. I want to talk about someone else’s story. In November 2019 I was sent to Community North for inpatient therapy. While I was there I met a seven-year-old girl. She was the sweetest little thing I had ever met. She and I shared a room and I got to know her a little. She had told me that she was there for trying to commit suicide. At first, she wouldn’t tell me why. Later after she started to trust me a little more she told me it was because she was bullied at school. No one should be bullied to the point where they want to end their life, let alone a seven-year-old. It made me sick to my stomach thinking about how this little girl was treated so badly at school she didn’t think she deserved to live anymore.

Rumors and lies are actually the most common type of bullying. 13.4% of children ages 12-18 said that’s how they were bullied. Research shows that constant bullying can lead to or worsen feelings of isolation, rejection, exclusion, depression, and anxiety. All of those things can lead to suicidal thoughts and behaviors. No one should have to put up with being bullied. Schools just don’t do anything about it. Unless the bully physically harms you, all the school can do is talk to the bully and tell them to stop. Most of the time that just makes the situation worse. Parents shouldn’t have to be scared to send their children to school. Parents should know that their children will be safe at school. Schools are often called a safe place for children. I could argue that it definitely is not a safe place for most children.

About 46% of students ages 12-18 who were bullied reported it to an adult. There are things you can teach your children to help them prevent or deal with being bullied. You can show them how to be aware and pay attention. You have to be aware that there is a problem and pay attention to warning signs. Parents should teach their children to recognize bullying is a problem and they shouldn’t just ignore it. Bullying is happening everywhere and it is getting worse. Children should know how to stay calm and in control. Students should intervene but they shouldn’t get involved. They also shouldn’t try to sort things out on the spot. Bystanders should be held accountable if they just let it happen. All parents should teach their children what to do in a situation with a bully whether it’s them being bullied or someone else.

For anything to be counted as bullying though it has to have these three things, unwanted and aggressive behavior, an imbalance of power, and the behavior has to happen more than once. Most children talk behind each other’s backs but if it becomes repetitive and aggressive it is then bullying. Bullying can happen for so many reasons. Some children who bully others sometimes lack their parents’ attention and guidance, some just want to feel powerful and look cool, others might be getting bullied too. Bullying can happen to anyone but bullies usually seek out certain people who are usually less popular and seem weaker than them. LGBTQ youth are more likely to be victims of bullying. A study by the Center of disease control and prevention (CDCP) found that 33% of LGBTQ students reported being bullied, compared to 17% of students identifying as heterosexual.

There are also many warning signs. The child can withdraw, which is one of the earliest and most common symptoms of being bullied. Children can also become reluctant to go to school. They will say they don’t feel good or that they are tired, to try and stay home. You may notice a decrease in self-esteem. They might become more worried about how they look and what they are wearing. Teachers and parents should watch out for these warning signs. If they notice them they should talk to their child and figure out what has been happening.

There are so many different types of bullying. Most people just think bullying is just a physical thing. Now yes physical bullying is common but there are many other types such as verbal, cyber, relational, and reactive. Verbal bullying kind of says what it is. It’s calling them names and saying mean things. Cyber says what it is too. It can be many things though from posting fake or private pictures to texting them mean things. Relational bullying is basically just excluding people from something in a mean way. Reactive is when someone who used to be bullied starts to bully others.

If you are being bullied there are things you can do to try and make it better. You can just pretend they are invisible. Bullies thrive on attention. They want to know that what they are doing is bothering you because it makes them feel powerful. Instead of thinking of the bully as powerful and mean think of them as silly. If they do something and you laugh they’ll get confused because they expect it to bother you. Stay with friends, bullies are less likely to bully if you are around other people. Think about positive affirmations whether you say them or a friend says them. There are so many things you can do to try and make it stop or to keep it from getting worse. Just remember bullies thrive on power and attention if you let it bother you they’ll keep doing it.

School should be a place where children can go learn and make friends. They shouldn’t be scared that they are going to get bullied at school. School is the one place people say ensures your child’s safety. Parents shouldn’t have to be worried that their children aren’t going to be safe at school. Children shouldn’t be bullied anywhere whether it is school, the bus, work, or the playground. It’s not always the bullies’ fault that they act the way they do. You should never just assume things about other people because some bullies do it because they are being abused at home. They just take their anger out on other children. People who are being bullied and people who are bullied usually don’t know how to correctly express their feelings. People who are bullied hold it in and don’t talk about it. The bullies don’t talk about it but they let it out, just in an unhealthy way.

Parents and teachers should watch for warning signs whether it’s warning signs of being bullied or being the bully. If they notice them they should have a conversation with the child and try to figure out what’s going on. We can’t put all of this just on the schools the bullies parents are mainly at fault they should have taught their child how to act properly. Parents need to teach their children that everyone is different and just because they don’t look like or act like you doesn’t mean you should bully them. The media has a big influence; it tells children that everyone should act and look the same.

There is really no law for bullying. It is not illegal until you start to harass them. Most parents and teachers can do is teach children how to protect themselves and others. Also how to prevent it from happening in the first place. Parents should also teach their children it is okay to stand up for yourself. It’s not all the schools’ fault they don’t have enough power to really do anything about bullies. The most they could do is expel the kid and even that would take extreme actions from the bully. It wouldn’t even help long term because the next year that kid would be in the school again. Parents just need to be positive role models and show their children how to treat others respectfully.

By Talula A Asher