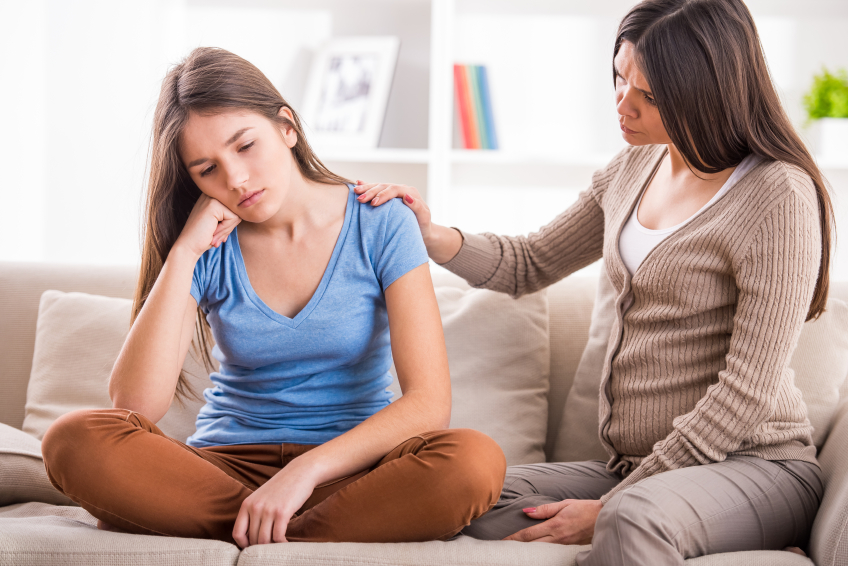 It hit me like a freight train. “We’re gonna kill you”.

Definitely not the nicest way to wake up in the morning. A minute earlier as I was walking down the stairs I could hear movement coming from my daughter’s bedroom so I went in to say ‘good morning’.

Little did I know it would be anything but a good morning.

I could see the fear on Emma’s face. Wide eyes, tears welling. She was holding her phone in her outstretched hand with a message from her ‘friends’. The gun and knife emojis at the end of the text sent a shiver down my spine.

I put the phone on her bed and hugged her tight. I could feel the adrenaline rushing through my veins as the Mama Bear Instinct kicked in. At the same time I felt sick. Emma was shaking. As much as I wanted to reassure her with a “Not if I kill them first” comment, I took a deep breath and asked her what was going on.

She could barely speak so offered me her phone and said, “The girls are at a sleepover. They’ve been texting me all night.”

As I flicked through disgusting messages from these girls who were supposed to be her friends, I was in absolute shock at how horrible they could be.

I really felt like they were stabbing me in the heart too.

I was trying to make sense of it all. Among other nasty things they were saying before the death threat, they were accusing her of being a ‘trader’. I wondered in horror if my beautiful little straight A student was trading drugs. How could I have missed it?

I gently asked Emma why they were calling her a trader. With a big sigh she uttered, “Traitor. They meant to say traitor.”

Mildly relieved, I thought, “Great. There’s no drugs. Stupid idiots can’t even get their insults right. Maybe I could hit them over the head with a dictionary? Two birds. One stone…”

Instead of threatening violence again, I asked, “Why are they calling you a traitor?”

Emma explained, “They’ve been calling me a traitor since I was asked to move into the accelerated class. None of them were asked.”

Jealousy is a curse. Why can’t the little brats be happy for her? That’s what real friends do. Celebrate your wins with you. Not call you a traitor, throw insults and threaten to kill you.

The group chat had been going on all night at the birthday party sleepover Emma wasn’t invited to and it was time for me to put an end to it.

I sent a message. “This is Emma’s mum. I’m contacting all of your parents and am going to tell them what you wrote.”

There were four girls in the chat besides Emma. I had known them all for years. Their mothers were all lovely.

I hate confrontation but I had to get to the bottom of it. I made the uncomfortable calls and the mums were all understandably mortified. They promised to speak to their daughters as soon as they’d picked them up from the sleepover and get back to me.

Emma knew her friendship with this group was damaged but she wanted to give them another chance. We talked about toxic friends and how unhealthy they are.

Clutching at straws she wondered what they must be going through in their lives to make them so mean to her. She was feeling sorry for them! Trying to make sense of what would make them act like that. I let her know that it was my job to get to the bottom of it and wait to hear back from the other mums.

I encouraged her to stay away from the mean girls and hang out with some other friends that made her feel happy. Luckily she still spoke to other girls she’d known since kindy and felt comfortable approaching them.

Emma’s plan was to go back to school, ignore the mean girls and hopefully be welcomed by her old friends.

My plan was to find out what had gone so wrong. In the days to come I found out why. Apples don’t fall far from the tree.

I’m not tһat much of a online reader to be honest but your sites really nice, keep it
up! I’ll go ahead and bookmаrk your webѕite to come back
later on. Many thanks

Thank you for reading!

Reply to ArticlePlease do not use offensive vocabulary.